The first recording should be taken with the tip on or near the centre of the lesion.

If any area of the lesion is crusted or scaled, place the tip to areas of the lesion not covered by the crusts or scale.
iv. After each location recorded by the device, lift the handheld unit tip from the lesion and reposition the tip back on the lesion in a new location in a clockwise sequence as shown in Figure 6. 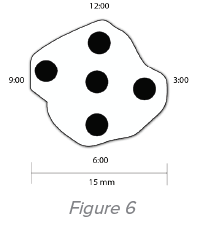 If the lesion is approximately the same size as the tip of the handheld unit, lift and replace the tip to the same location for each of the remaining recordings. These recorded locations may overlap with prior recordings even if the tip placements appear to be the exact same as shown in Figure 4 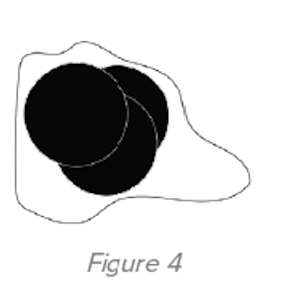